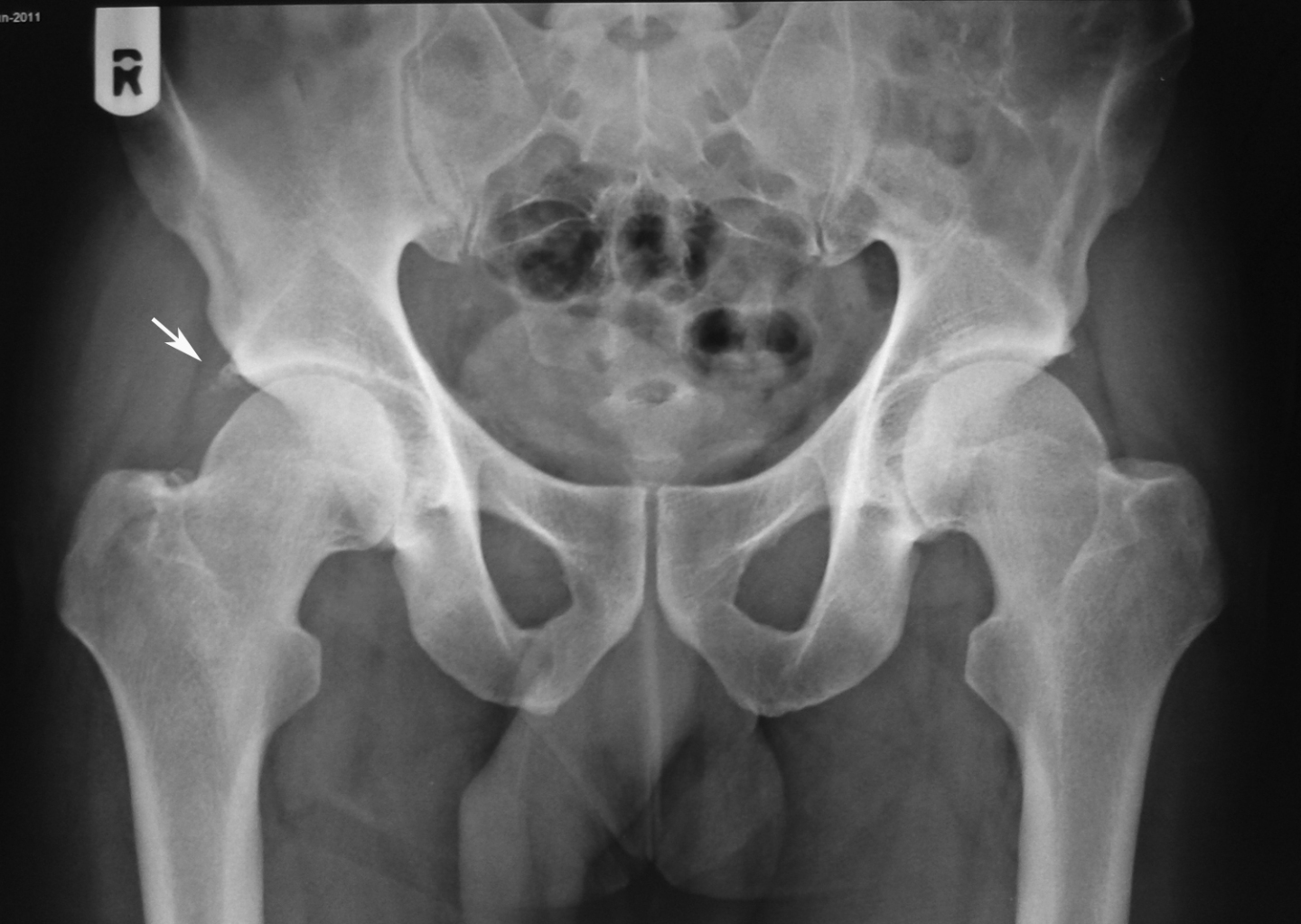 Femoroacetabular Impingement Syndrome (FAIS) was described as early as 19361 and has been drastically increasing in popularity over the past two decades2. As this condition has become more respected amongst the medical community, the number of patients identified with FAIS was significantly increased3. With this increased recognition, there has also been a markedly rising number of hip arthroscopy surgeries being performed. Literature has demonstrated an 18-fold increase from 1999 to 20094 and a 25-fold increase between 2006 and 20135. With regards to indication for surgery, Peters and colleagues performed a scoping review to identify what factors surgeons use to make this decision6. This study found the below criteria used by surgeons for surgical intervention in the literature…

As you can see from the data obtained from their study, the vast majority of the information used to determine surgery in this patient population is related to radiological findings and extent of morphological changes. Most surprisingly, failure of conservative management and especially failure of formal physical therapy was not included in the vast majority of published studies.

With this information, it appears we may be getting ahead of ourselves…

The femoroacetabular joint refers to the articulation between the proximal femur and the acetabulum of the pelvis. In FAIS, altered boney morphology of the femoral neck (Cam Morphology) or of the Acetabular rim (Pincer Morphology) leads to premature contact of the two osseous structures. Based on the orientation of the joint, this premature contact typically occurs during hip flexion and/or internal rotation7,8. This abnormal contact has also been blamed for additional pathological conditions such as acetabular labral tears, chondral lesions, and osteoarthritis.

Altered Morphology Does Not ALWAYS Matter

In fact, the level of morphological abnormality often does not coincide with severity of symptoms. A study of 616 adults with hip pain found no association between radiographic signs of FAIS or a positive Flexion Adduction Internal Rotation (FADDIR) test with degree of hip pain13. More recently, Jacobs and colleagues investigated the relationship of preoperative symptom severity and magnitude of boney morphology14. This study of 64 patients prior to arthroscopic hip surgery found no correlation between symptom severity and degree of acetabular labral tear or femoroacetabular boney morphology. There was however a significant influence of depressive symptoms (as determined by the Mental Component Score) and severity of hip-related symptoms, which gives further credence to the link between psychosocial factors and symptom severity irregardless of morphological or pathological changes.

When Does Altered Morphology Matter?

Previous diagnostic criteria for femoroacetabular impingement relied heavily upon the level of morphological changes. Ganz et al. and Sankar et al. determined that the diagnosis of FAIS was appropriate if (1) there was abnormal morphology of the femur and/or acetabulum, (2) if there was abnormal contact between these two structures, (3) if the patient participated in activities that resulted in supraphysiologic motion that results in such abnormal contact and collision, (4) repetitive motion resulting in the continuous insult, (5) presence of soft-tissue damage15,16. Once again, these criteria are not sufficient to accurately diagnose a patient with FAIS because there is no weight put on clinical signs or symptoms.

More recently, Griffin and colleagues attempted to better define appropriate terminology, diagnosis, treatment, and prognosis for FAIS17. At this consensus meeting, they agreed that accurate diagnosis depended upon clinical signs, symptoms, and diagnostic criteria. They therefore defined FAIS as:

“Femoroacetabular impingement syndrome is a motion-related clinical disorder of the hip with a triad of symptoms, clinical signs and imaging findings. It represents symptomatic premature contact between the proximal femur and the acetabulum.”

The key differentiating factors between this and previous descriptions are the additional criteria of ‘symptomatic’ and the emphasis on symptoms and clinical signs in addition to diagnostic criteria. This definition was met with a 9.8/10 agreement and allows for the entire patient presentation to be taken into consideration, not just the underlying morphological changes. To expand upon this agreement, Reiman and colleagues performed an international and multi-disciplinary Delphi survey to identify pertinent aspects of the subjective history, clinical examination, and radiological examination18. This survey found agreement on the following aspects in patients presenting with FAIS…

Subjective self report should be the cornerstone of the examination of any injury and FAIS is no exception. Patients often present with reports of deep anterior groin pain that is exacerbated with activities involving deep flexion, rotational activities, and squatting. The subjective attributes agreed upon for individuals presenting with FAIS closely coincides with a diagnostic study performed by Clohisy and colleagues19 who looked at 51 patients with confirmed, symptomatic FAIS. This study showed that 88% of patients had pain localized to the groin region and aggravating factors included general activity-related (71%), running (69%), sitting (65%), and pivoting (63%).

When looking at the included criteria for special testing in FAIS, the two agreed upon findings seem contradictory. On one end, a positive FADDIR test is beneficial, however on the other end, it is also noted that no special tests are diagnostic for FAIS. According to the literature in reference to special testing for FAIS, there has been no test that can be seen as confirmatory of the diagnosis due to very low positive likelihood ratios and specificity values21-23. That being said, the use of the FADDIR test does offer benefit due to the very high sensitivity and low negative likelihood ratios reported in the literature (Sn= 0.94-0.99, -LR= 0.14-0.45)22, however its capacity as a screening method has recently come into question24. A cross-sectional study of 74 ice hockey players (average age of 16 years old) contradicted the current literature with regards to the FADDIR test’s screening capacity. This unique study questions its capacity to screen for pure cam, pincer, or combined morphology (Sn= 0.41, -LR= 1.24) and pure cam or combined morphology (Sn= 0.60, -LR= 0.78). As we continue to evaluate the capacity to screen for FAIS, there will be more consensus, but as of now the FADDIR can be used as a screening tool with caution and with taking into consideration the patient’s additional clinical signs and subjective complaints.

Understanding that FAIS is far more than morphological changes to the proximal femur or acetabulum will allow us as clinicians and researchers to move forward in the evaluation, treatment, and return to sport of this patient population. By evaluating the ability of conservative management to return athletes to their prior level of function, this drastic spike in surgical procedures may start to stabilize. Boney morphology is a well-known contributor to FAIS, but it only tells one portion of the story, we need to dig deeper in order to successfully manage this patient population.